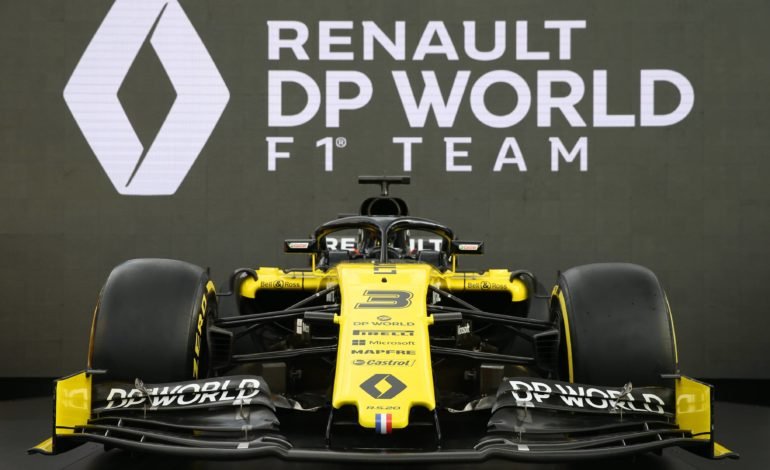 Renault DP World F1 Team today announced that Fernando Alonso will partner Esteban Ocon in its driver line-up for the 2021 season. With 314 Grand Prix starts, 32 wins and 97 podiums, Fernando joins Renault DP World F1 Team for the upcoming seasons. Given the strong historic and emotional bond between the team and Fernando Alonso – Renault and Fernando won their two world championship titles together in 2005 and 2006 – this decision is both bold and meaningful for the future.

It is the second major announcement for the team this season after unveiling DP World as its first ever title partner. Both signings are clear indication of Renault’s commitment to competing at the highest level of motorsport and its efforts to win back the title.

Sultan Ahmed Bin Sulayem, DP World’s group chairman and CEO said, “In March we announced that we would become the team’s first ever title sponsor and global logistics partner, which was a major milestone for both Renault and DP World.

“The partnership has been a vital step towards the exploration of ways to make Renault’s global automotive supply chain more efficient by lowering costs, increasing speed and transparency and mitigating their environmental impact.

“Today’s announcement is another exciting step forward in the partnership.”

Renault and DP World’s partnership is built on a set of shared values. Both are intelligent, reliable brands focused on innovation, being inclusive and using technology and data to solve problems. Fernando is a great driver that compliments those values and brings pure talent and tenacity to the union.

Fernando Alonso said, “Renault is my family, my fondest memories in Formula One with my two World Championship titles, but I’m now looking ahead. It’s a great source of pride and with an immense emotion I’m returning to the team that gave me my chance at the start of my career and which now gives me the opportunity to return to the highest level.

“I have principles and ambitions in line with the team’s project. Their progress this winter gives credibility to the objectives for the 2022 season and I will share all my racing experience with everyone from the engineers to the mechanics and my team-mates. The team wants and has the means to get back on the podium, as do I.”